One month in Iceland with the Irix Blackstone 15mm – Philippe Garcia - Irix lenses were designed with both the effort and experience, of not only engineers, but also photographers. Swiss precision and Korean innovation create

One month in Iceland with the Irix Blackstone 15mm – Philippe Garcia

During the last month of March, I was set to travel to Iceland to guide 2 photo tours. As always when I have to travel abroad, I put a special care in choosing my photo gear, as the airways always allow for limited weight and there are many other important things to carry for a winter trip, like good clothing and sleeping bag.
My gear photo was organized around two main photo goals: getting some good pictures of Arctic foxes in their winter fur, and using most of my nights to spot the northern lights! For this second point, I needed a fast wide angle, and when I considered the offer available on the market, it appeared that Irix had a great answer to my needs with their f/2,4 15mm lens. 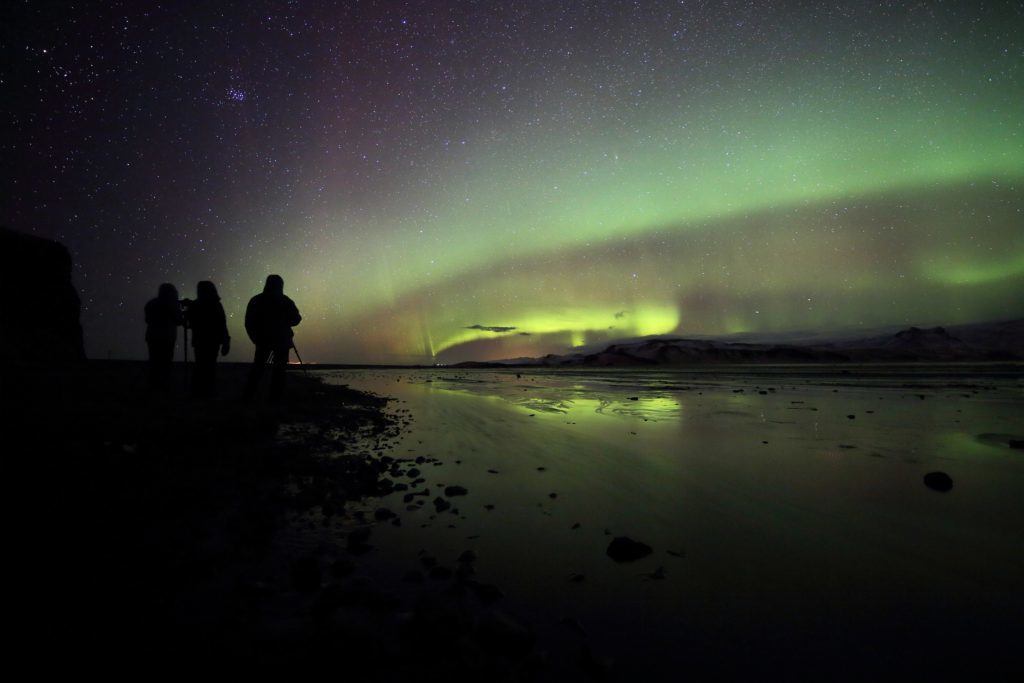 Some might think that a f/4 lens is enough to do some night photography with the modern SLRs that can handle very high ISOs. But the super fast aperture of the 15mm is a real advantage on the field, for several reasons. First, a big aperture means a bright viewfinder, which is a big plus to ensure a good focusing. But also, it allowed me to dramatically reduce my exposure times. When my fellow photographers had to expose 10 to 15s poses with their f/4 lenses, I could reduce my exposure time to 4 to 6 seconds, and that made my auroras much sharper and precise than theirs. I have shot many auroras before with my f/4 Canon lens, and in fact, I didn’t feel the need for a faster lens until I tried that one. The northern lights I shot on this trip end up being much sharper than before, due to the lens quality but also the reduced pose. 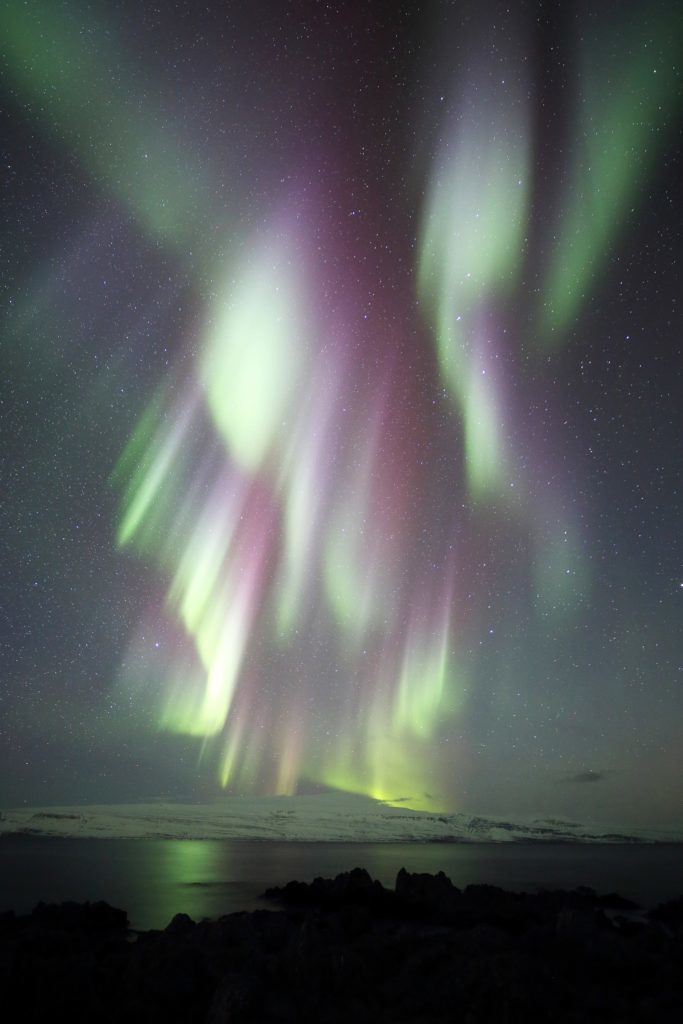 The Irix 15mm is a manual focus lens, which can be seen complicated when you compare it to an AF lens. However, this minus becomes a plus when it is used for night photography. Let’s put it simply: you cannot count on the AF anyway when the night is dark and you point at stars. The AF would just go back and forth and you will never be sure of where it stopped. The manual focusing ring of the Blackstone Irix allow a good focusing, specially if you use it together with the Liveview and its zoom function. You can aim at a bright star, and control the perfect sharpness on the back screen, before you lock the ring. Oh yes, I forgot to mention, the locking feature is great. It happened to me in the past to take a full serie of night shots without noticing that my manual focus has accidently shift. No risk of that with the Irix. Once the focus ring is locked, you can concentrate on the framing and exposure and be sure of the sharpness of your shots.

Let’s have a look at the focal length of this lens now. In my opinion, 15mm is a great number for night photography, and especially northern lights or the milky way, that take a lot of space in the sky. I wouldn’t say the same for day photography, where I more often feel the need of zooming depending on the landscape I have in front of me. The 15mm will be adapted to very wide open landscapes, but not to any kind of travel photography. If you can carry a zoom to complete the focal range (like a 16-35mm), it will still be a perfect complement. During the first week of my trip, I guided some persons through the typical landscapes of southern Iceland. If my Irix was screwed on my camera the whole night when we chased the auroras, it happened that I had to change it for a longer lens, for example when I photographed some landscapes like waterfalls. But as soon as the northern lights show up, all my clients were up for testing it and quickly found out the advantages of the lens for night photography. Only one guy didn’t like it, but it was because he was on Nikon and couldn’t fit it on his camera body! 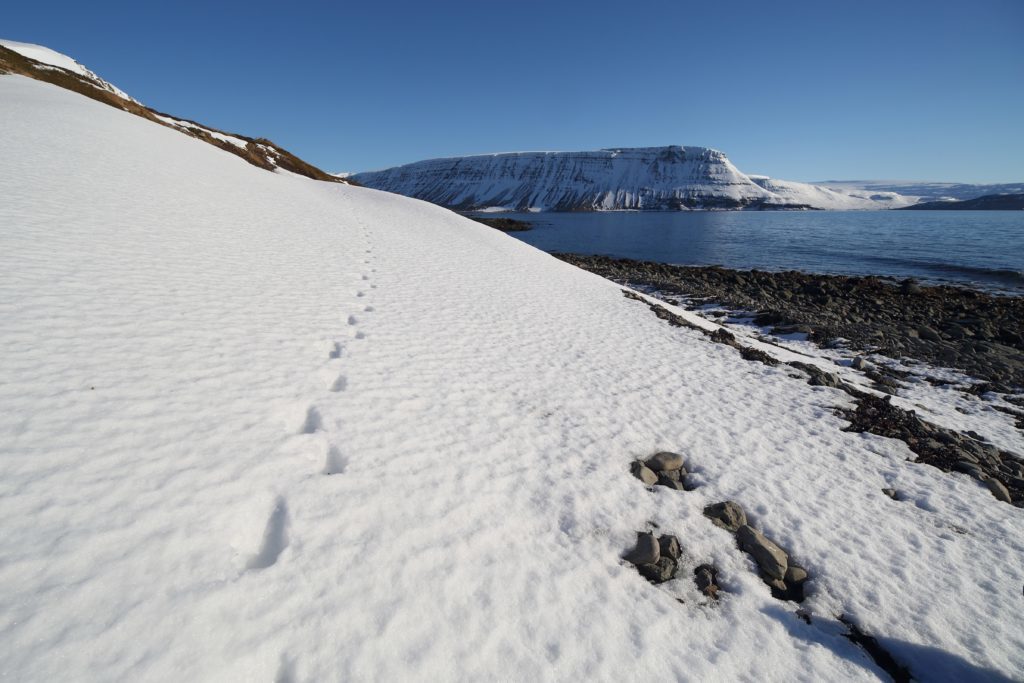 I spent the rest of my trip in the north of the country, shooting arctic foxes in their white (or brown) winter coat. No, all of them don’t turn white in the winter, in case you wonder! One day the winter sun was shining a lot and the snow disappeared very quickly around the place where we were hanging, so I decided to drop my 300mm and try some original shot. I placed my camera on a tripod with the 15mm Irix and a remote control on a path that was regularly used by the foxes. The wait was long, pretty much the whole day (which explains the backlight), but in the evening I finally managed to catch an arctic fox with the 15mm lens! I guess not a lot of people can say so! As you can see, the whole image is perfectly sharp, as I set a f/14 aperture to cover a big depth of field, because I didn’t know where the fox will show up exactly. 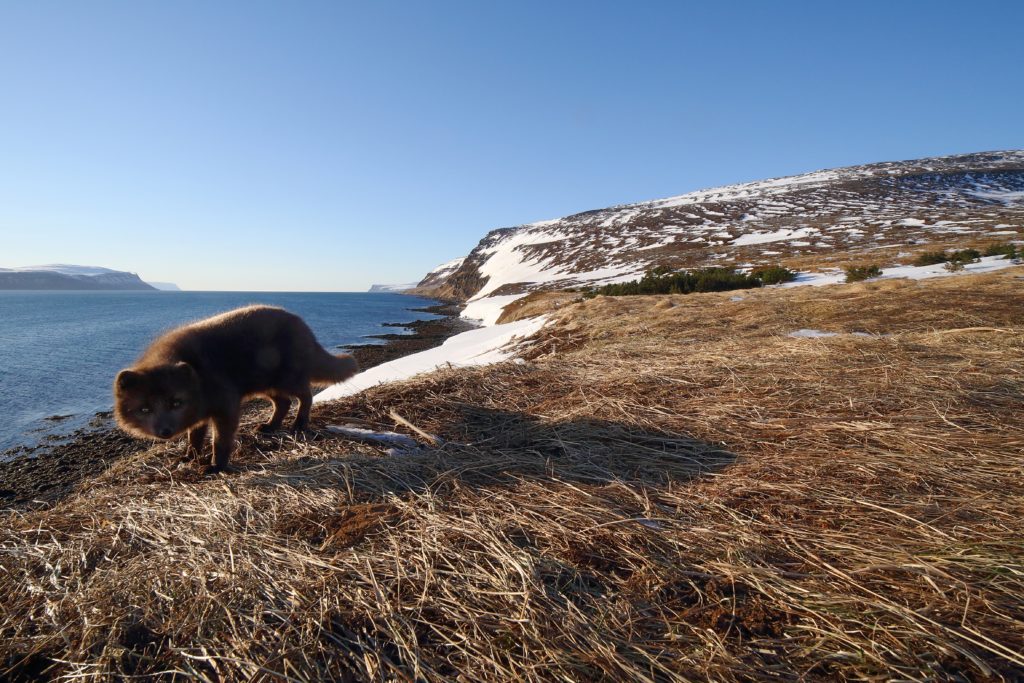 During the whole trip, I had the chance to have many days of clear sky, which allow me to photograph the northern lights 14 times. After just a couple of nights, I was very comfortable and confident in the ability of the Irix 15mm to get me the best possible shots; not only because of its fast aperture, but also the impressive image quality and the fact that the lens is build like a rock and sealed to stand the roughest of Icelandic weather. Even in the coldest nights, the ring remains fluid and the lens kept on working perfectly. The 15mm Blackstone also have a very nice design with a perfectly integrated lens hood, and nice accessories like the hard case to protect it. Of course, the Blackstone version is not the lightest lens on the market as it includes lots of metal and glass, but the guys at Irix thought of this and made the Firefly version if you look for a lightweight lens. It has more plastic but the optics and design are just the same. 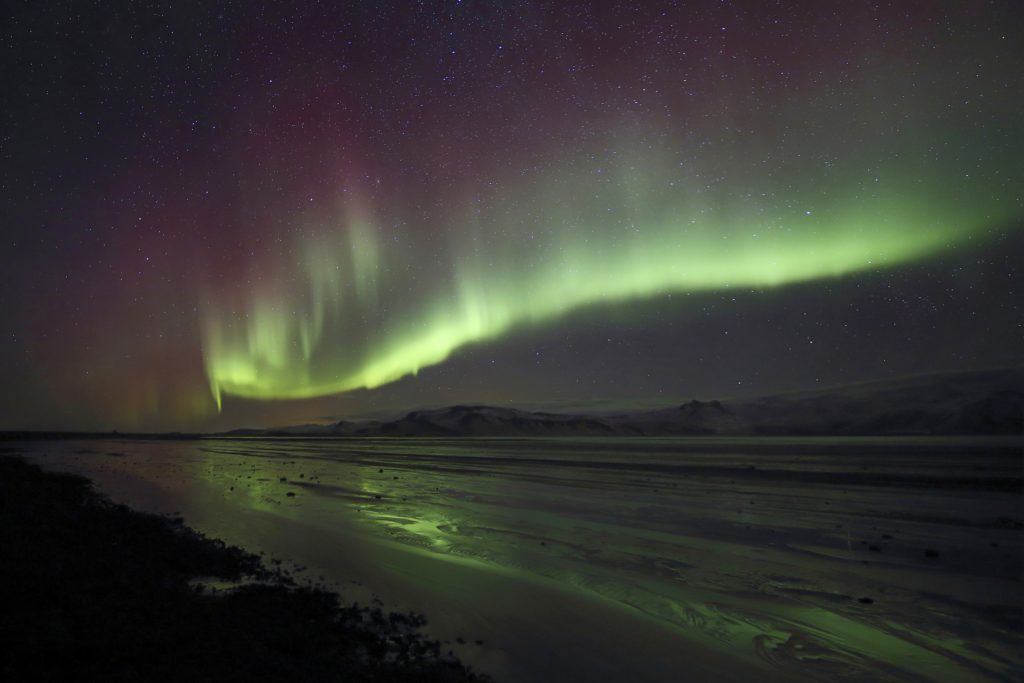 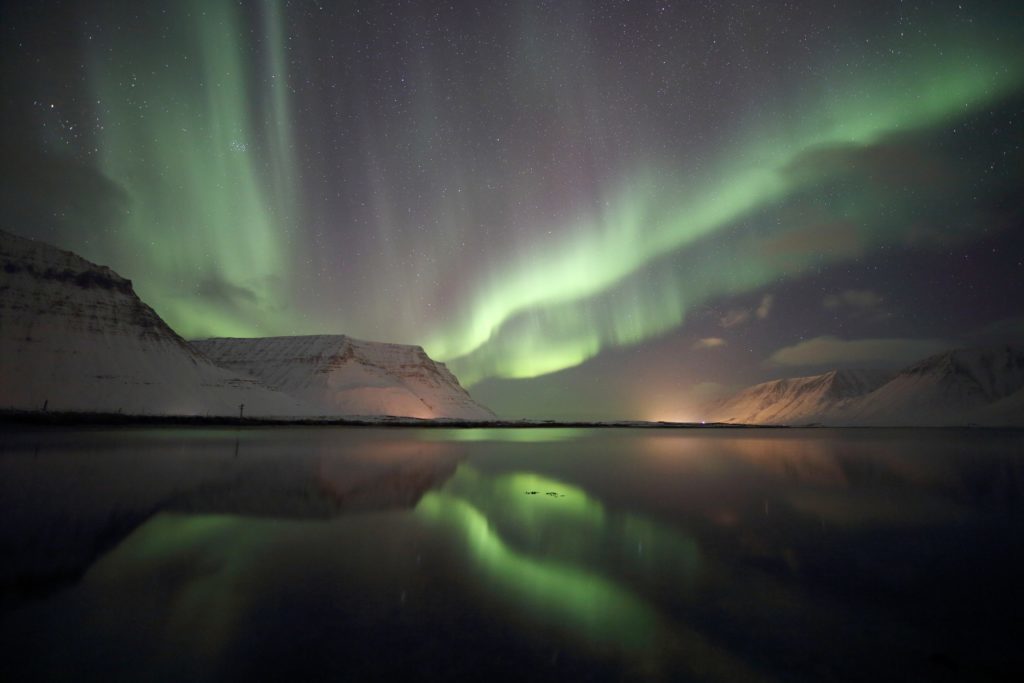 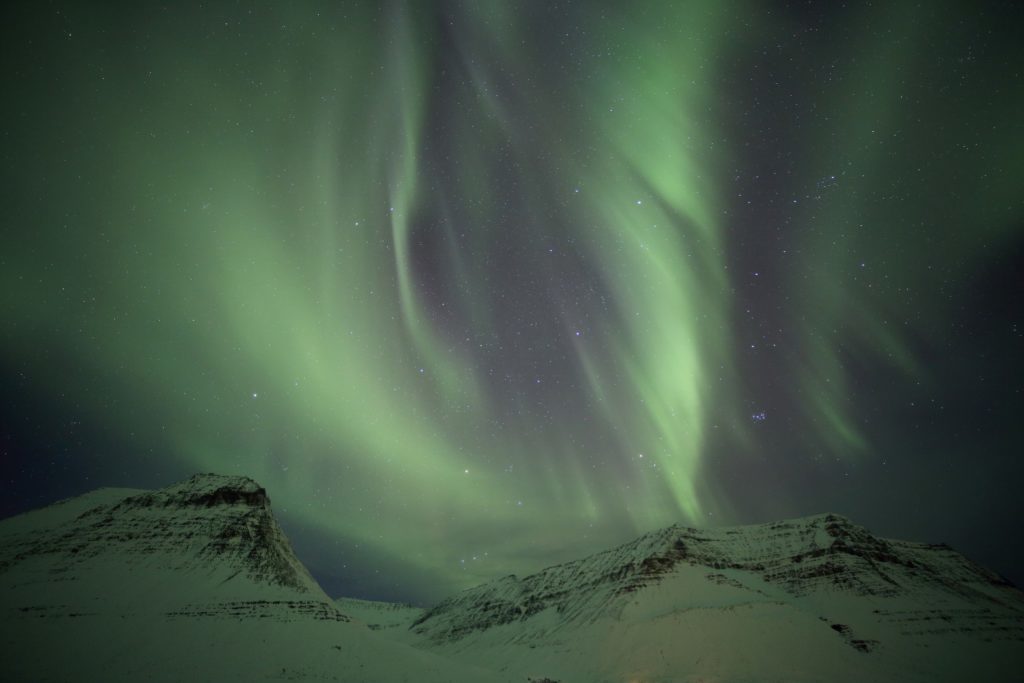 In conclusion, the 15mm Irix lens is close to perfect when it comes to night photography. After I came back from this long test, and I processed the photos I took with it, I decided to keep it as “my northern light lens” for the future. And at that pricepoint, I’m sure there wouldn’t be any better choice!