Irix Expedition with Riccardo Mantero in Lofoten - Irix lenses were designed with both the effort and experience, of not only engineers, but also photographers. Swiss precision and Korean innovation create

Lofoten seems to be dream destination for lots of landscape photographers.
Have you ever been there? Do you plan to visit it?
In the meanwhile we propose you to read an article of our Ambassador Riccardo Mantero about how he liked that “easy difficult place” 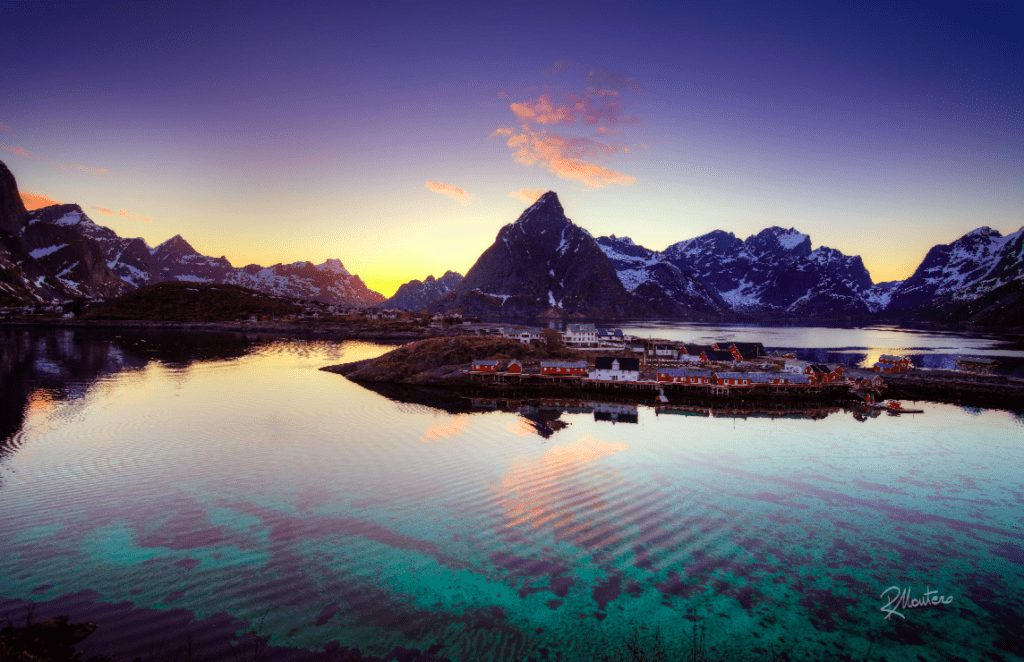 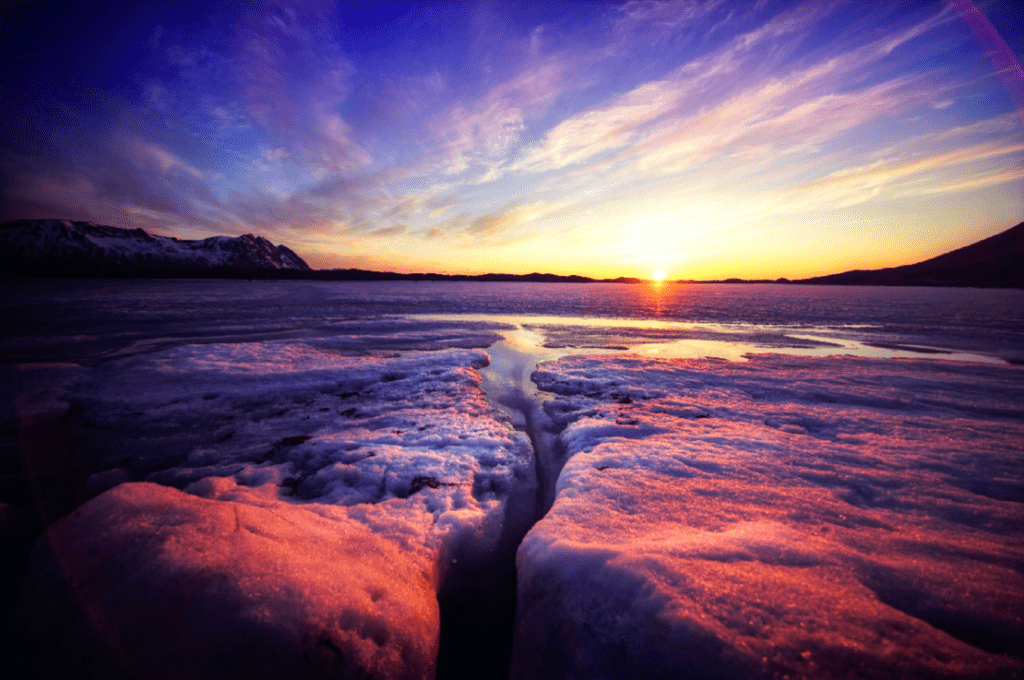 How and why did you decide to travel to Lofoten?
When I plan a journey it isn’t usually “why”, it’s rather more like “why not?”, just as with travelling to the Lofoten Islands. I was looking for a place that was out of the way, and at first sight this trip was something slightly different to my ‘usual tropical paradise or far-off island.
Plus, of course, there’s the time of year, so to just to do something different, I preferred to go at a less crowded time of the year. Zero chances to see the northern lights, but something different than usual. And so it was. We’ve been rewarded with unusual light till late in the evening, some snow on the peaks but without being too much, some sunshine, some sunsets, and some eagles! 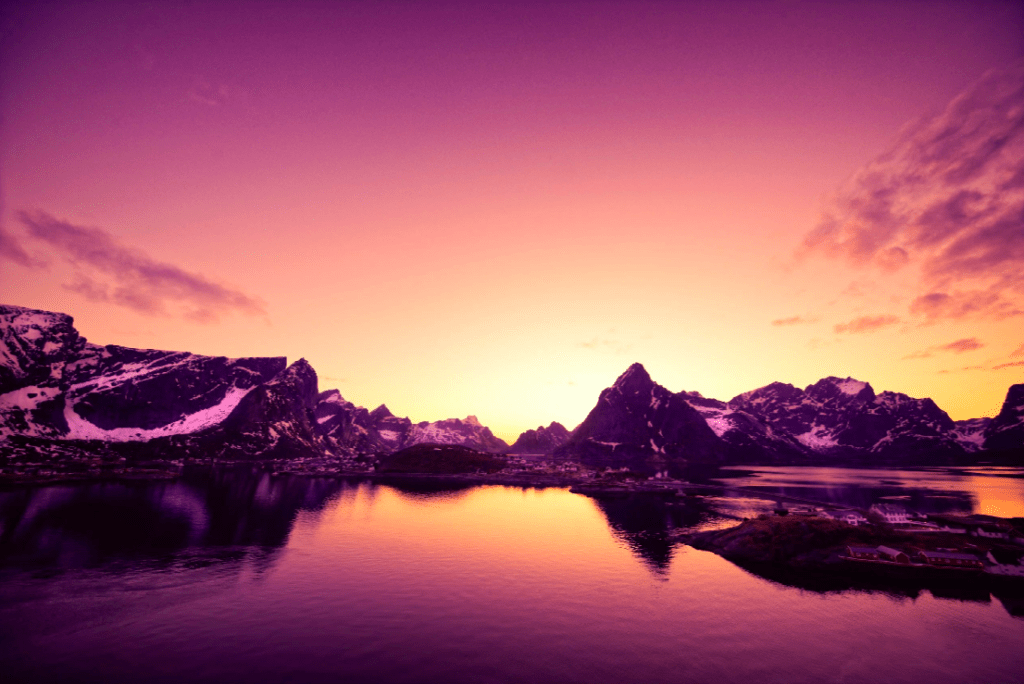 How would you describe Lofoten as a photographer?
An easy difficult place, if I’m allowed to play with words. You get so many opportunities but it’s not so easy to capture them. The light changes rapidly, the weather conditions are never the same for a whole day, and the temperature goes from cold to warm in a couple of hours. So the only chance you get is to roam around and capture what you see when you see it. You can plan a shot but there’s nothing to assure you that the shot can be taken. So easy for subjects, but difficult for times. 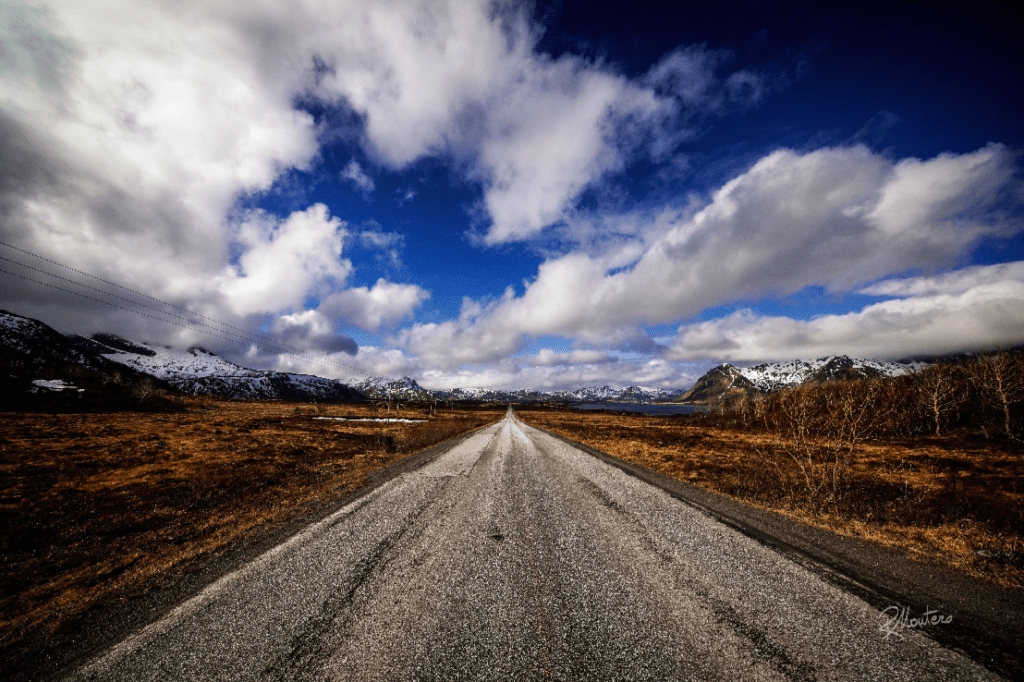 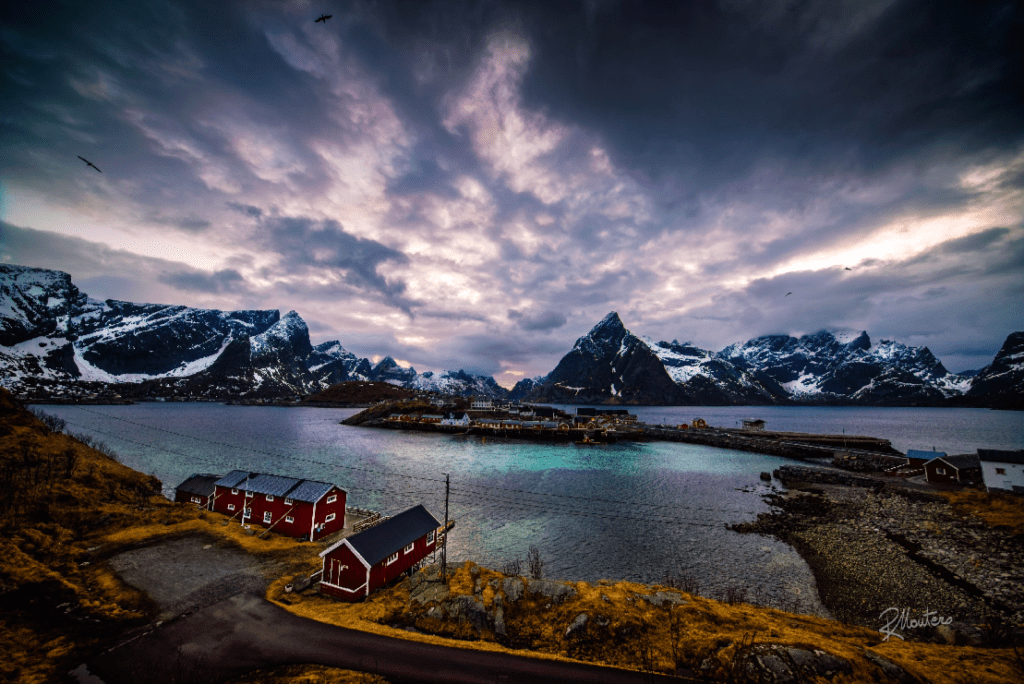 What did you want to see in Lofoten and what was the photo you wanted to take most?
The mountains, the sea, the sun, and the sky.
Basically, earth, water, fire and air. 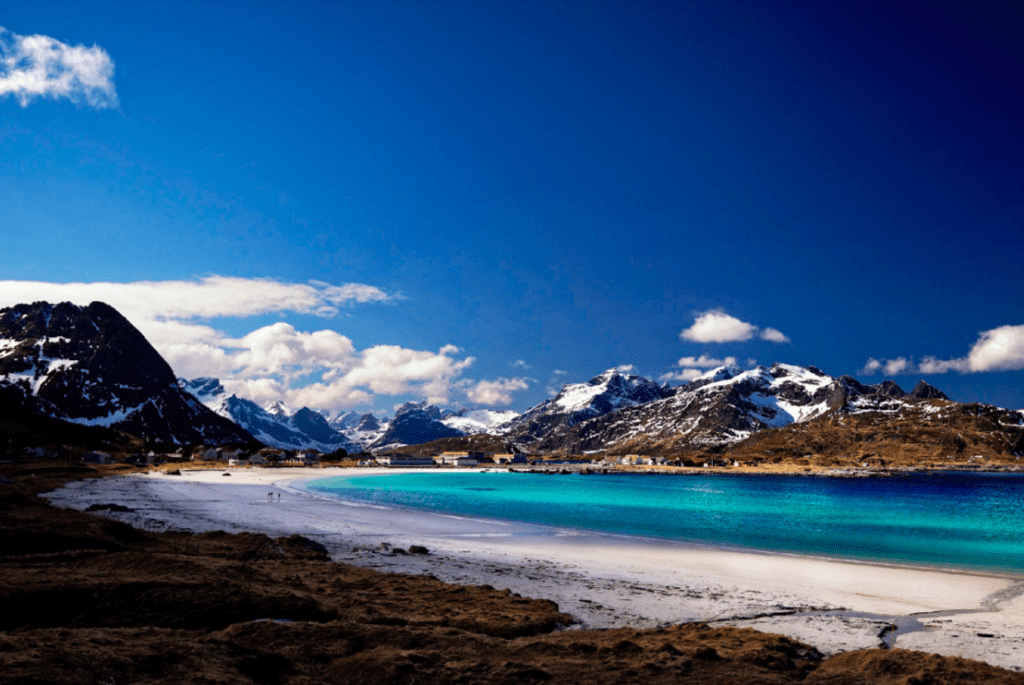 Why?
Okay, this is going to sound banal, but at such latitudes the conditions in April are slightly different from those you can see in the rest of the world. The sea is icy blue just like in the Caribbean, but not a great idea to go swimming, and the mountains are high peaks above the water – snow-capped in most cases, and reflecting in the blue water. In the meantime, the sun is there for almost the whole day and you get a blue hour that lasts three hours and a golden hour that lasts two. And the sky, well, the sky is literally a paradise for a cloud lover like me! You can have a blue sky with white clouds, storms over the sea, there’s mist, and there’s some quite absurd colours you will see in my photos. 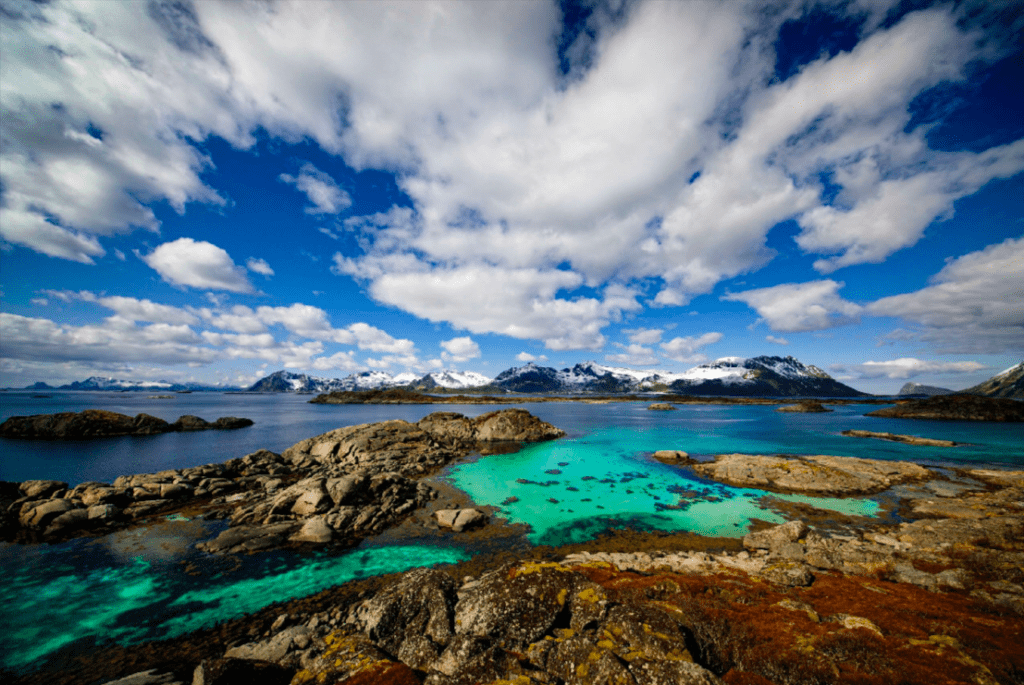 Was there anything that surprised you? (people, behaviour, traditions, some little things/ anything?)
Yes, everything! First of all there’s the smell of the air. Everywhere you can find stockfish hanging out to dry, and if you don’t eat fish then this can be rather challenging. But that’s nothing until you see the heads – they’re hanging out for the same reason but they stink a lot more! Okay, this is certainly one of the worst smells I’ve ever experienced, and I’ve visited the tanneries in Fez, Morocco for five days and getting used to their air, but without my sense of smell being affected so much! 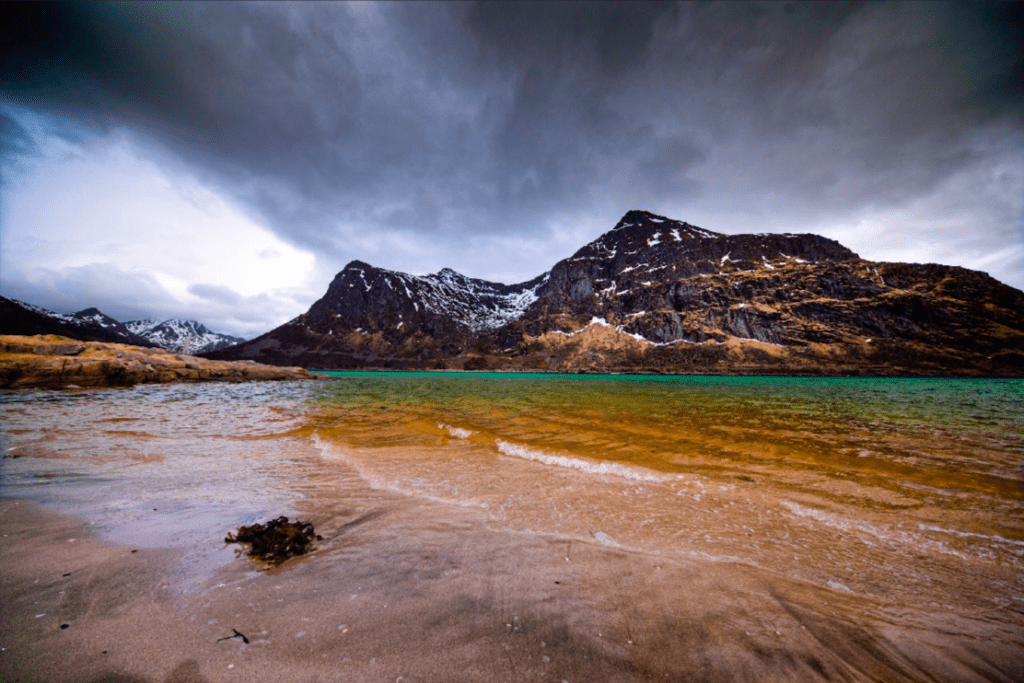