Innovations go together - Irix lenses were designed with both the effort and experience, of not only engineers, but also photographers. Swiss precision and Korean innovation create 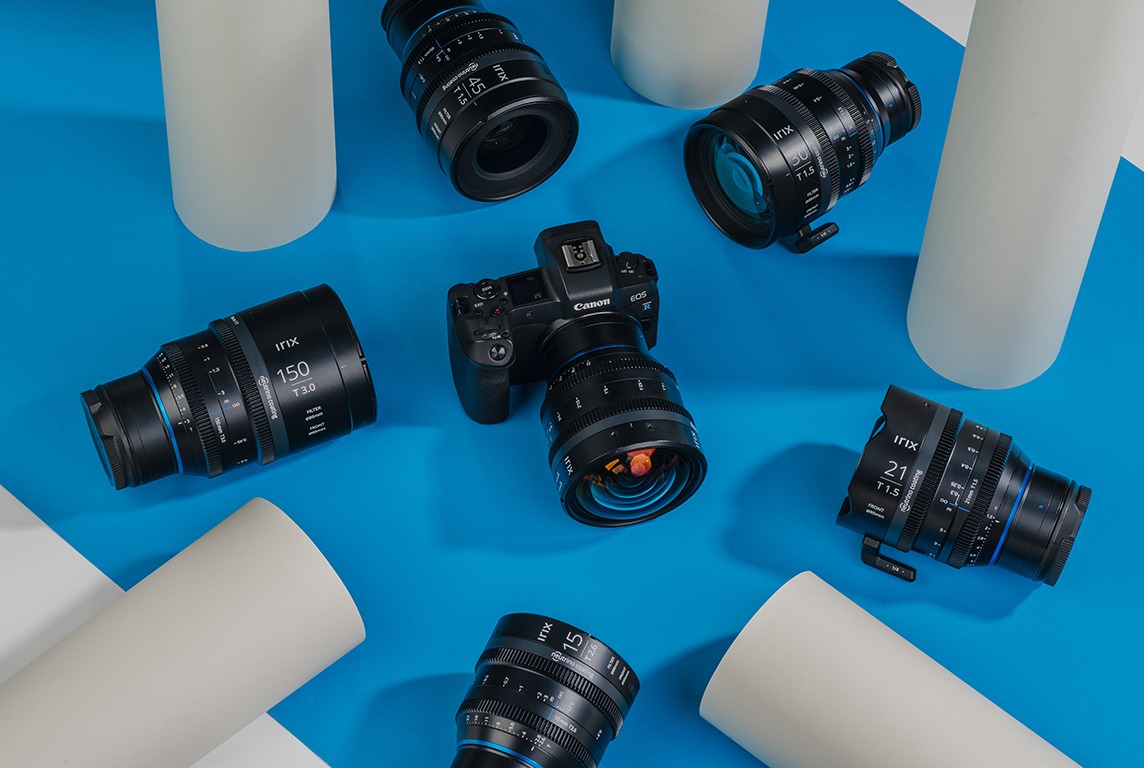 The mid-2000s were important years for the development of digital photography. Back then, first mirrorless cameras began appearing. With the development of better EVF systems, it was possible to drop the mirror from typical DSLR cameras making cameras much smaller and lighter. Over years starting with Panasonic, different manufacturers were introducing their mirrorless mounts. Sony E, MFT, Leica L, Canon-M.

Canon didn’t introduce a full-frame mirrorless camera until 2018. EOS R revealed to the market their 30 years old EF successor, the RF mount. Thanks to the lack of mirror in the new generations of cameras, the flange distance got 20mm shorter than previously allowing their new products to be smaller and lighter and focused towards vloggers. 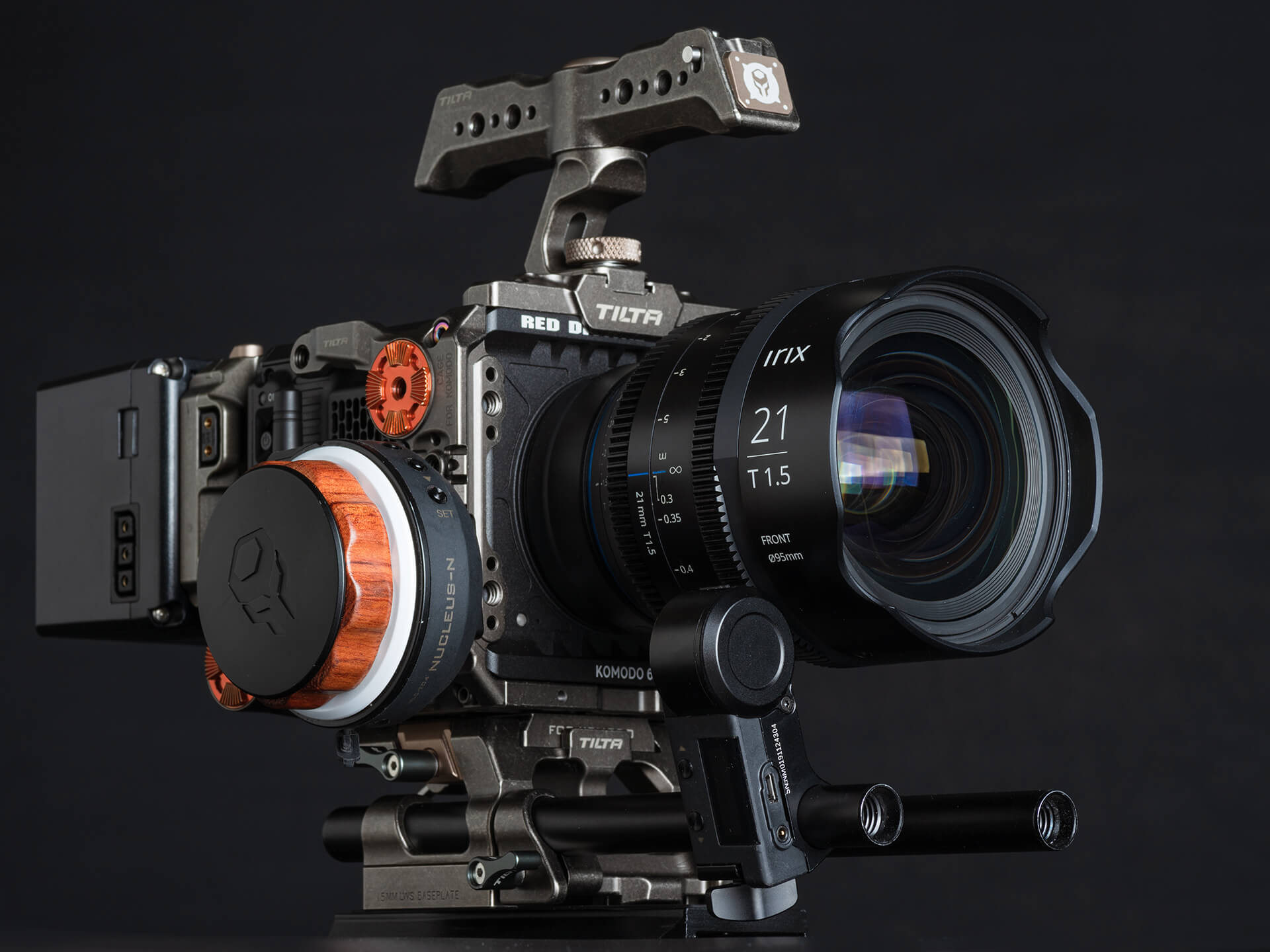 Over the next few years, Canon began promoting RF system for professional video production. Expanding their C line in 2020 by C70 camera. At the same time bringing the RF mount officially to the cine market following Sonys introduction of their E system by the camera like Venice.
Before the introduction of C70, other cameras with RF did have filming capabilities but were not specifically designed for video production, lacking many futures required on the set. The next addition to the RF filmmaking family was RED Komodo. The tiny, workhorse with the popular RED RAW format, pushing the new mount into professional film sets. But until RED V-Raptor, there was no full-frame camera with this mount.

Canon releasing the newest R5C is claiming back their mount, bringing in their own full-frame camera that offers 8K recording. 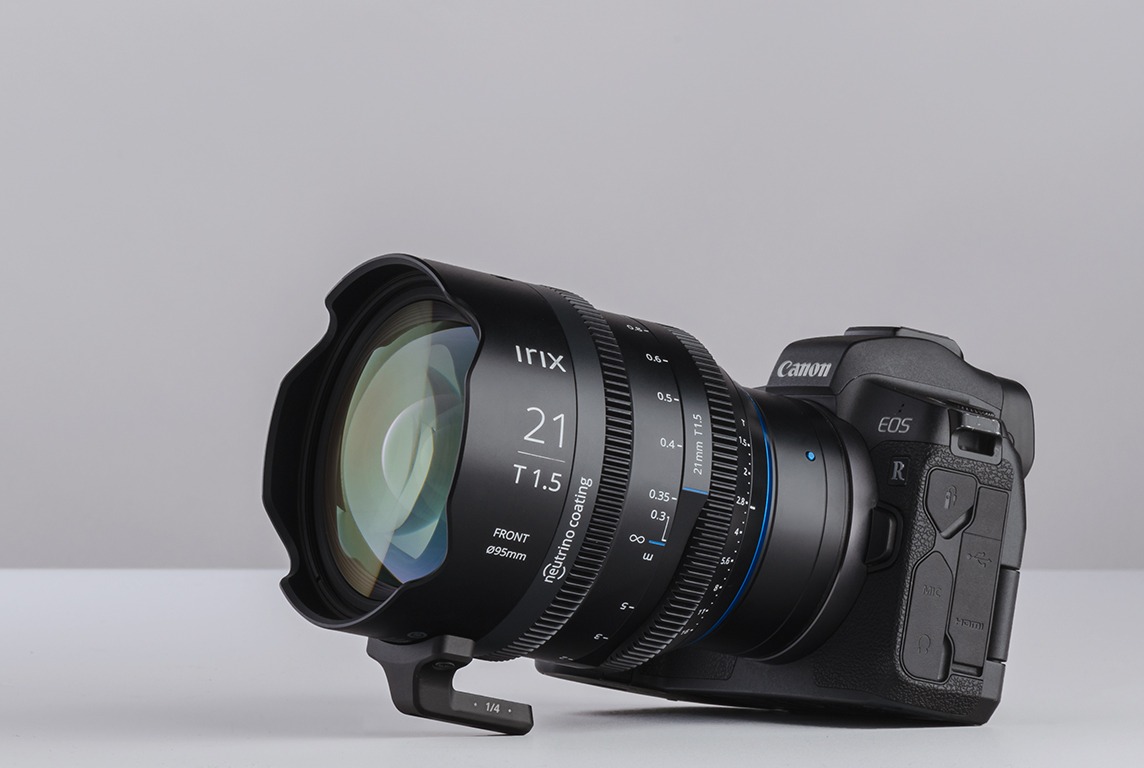 Since RF mount is relatively young compared to other mirrorless systems, there hasn’t been much movement on the market when it comes to professional cine lenses. There are some choices in photo lenses, but they are not sufficient for real-world video production. Photo lenses don’t have reliable manual focusing and usually are characterized by strong focus breathing, and lack futures like clicless apature, T stop or markings visible for focus puller. To fill the gap on the market, and help RED or the newest R5C owners Irix introduced a full set in RF mount. 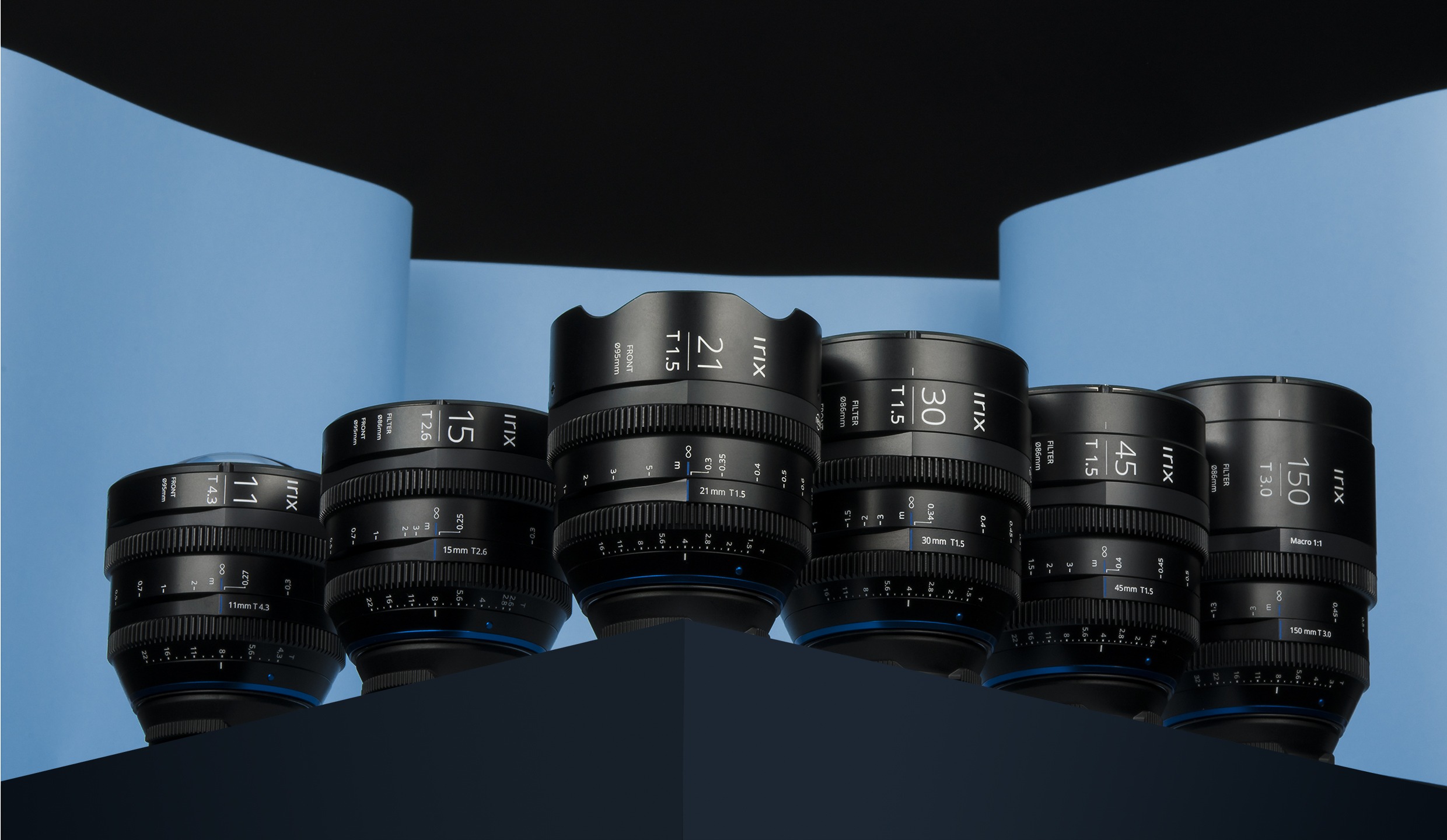 The only set you will need

Irix is a relatively young company on the market. Lenses designed in Europe with production in Korea quickly began taking over different film sets. The forward-thinking allowed Irix to enter the mirrorless market, especially on RF grounds faster than others offering currently set consisting of 6 lenses going into 7 soon. With the widest lens of 11mm, that became a really useful tool for filmmakers producing for example real estate videos, ending on the macro 150mm. The set also includes right now three T1.5 lenses, helping in shooting in low light conditions.

Choosing the right set is a big decision for the filmmaker, the same as choosing the lens mount. Once getting into one system changing to other becomes very problematic and expensive. Lenses from different producers work together, but having a set opens up many more possibilites. Irix lenses are calibrated together. Each compliments another, preserving contrast and color across the whole set. Specific Irix look make the movies stand out, no matter on what screen or device they are watched. Smooth highlights and killer bokeh thanks to rounded iris blades, can make the footage from RED Komodo or Canon R5C look like straight out of high budget Hollywood production.

Similar weight and construction of each lens help to use them on gimbals. Swapping between them becomes much faster when re-balancing is almost not needed and the same filter threat and front diameter allow for a quick change of accessories.

Thanks to all those innovations, and possibilities of the Irix set, will complement the newest additions to the RF lineup. Looking backward, the EF mount was with us for over 30 years. Assuming the RF will stay as long, investing in lenses for this mount is investing in the future. Collect a set, that will stay with you forever, without any need for converters or any other accessories in your already full camera bag.