Discover Balkans with Irix 15mm - Irix lenses were designed with both the effort and experience, of not only engineers, but also photographers. Swiss precision and Korean innovation create

All photos and article is created by Irix Ambassador Bleron Çaka

Not very far away from many of Europe’s most beautiful landscape destinations such as the Lofoten Islands or the Dolomites, there is a region full of natural gems. It’s called the Balkans.

Kosovo, the country where I come from, and located in the heart of this region, is often considered one of those countries that everyone should visit next in Europe. It’s a place full of mountain peaks and beautiful lakes that can all be reached through hiking. So far, I’ve taken most of my photographs exploring these sites across Kosovo in different seasons using various photographic techniques, and I’m very pleased to say that visiting this country might be one of the best decisions a photographer can make. Whether you are a landscape, nightscape, urban, street, or a portrait photographer, you’ll find yourself there one way or another.

One of the most amazing hiking trips you can take is in the region of the Albanian Alps, a mountain range which also extends into Albania and Montenegro. These mountainous terrains are full of beautiful landscapes, glacial lakes, waterfalls, rivers and historical sites, all of which have been the subject of my photography for the past few years. These sites are especially suitable for the night sky and taking photographs of the Milky Way, and I plan on visiting a few of these places over the year, using an Irix 15mm f2.4 lens to capture landscapes during the day and night.

The most iconic place in the Albanian Alps must be Valbona Valley. It’s located in the territory of Albania but it can be reached more easily from Kosovo. Theth Valley is also in Albanian territory, and for hiking enthusiasts, this can be reached in about eight hours using hiking routes through Valbona. When visiting Theth, you’ll have the feeling of an area frozen in time – houses built of stone and wood, the virgin terrains, rocky streets, hiking along very narrow paths to reach hidden waterfalls and springs – and all this because of the difficulties of getting there (apart from the hiking path from Valbona, there’s also a road that’s passable only by mountain car). So whoever decides to visit Theth should go to see its famous Grunas waterfall, the Blue Eye, and the historical sites in that area. Being accommodated in one of the guesthouses located in a hill, I had the chance to photograph the whole valley one morning with the sunshine beaming all over the place. 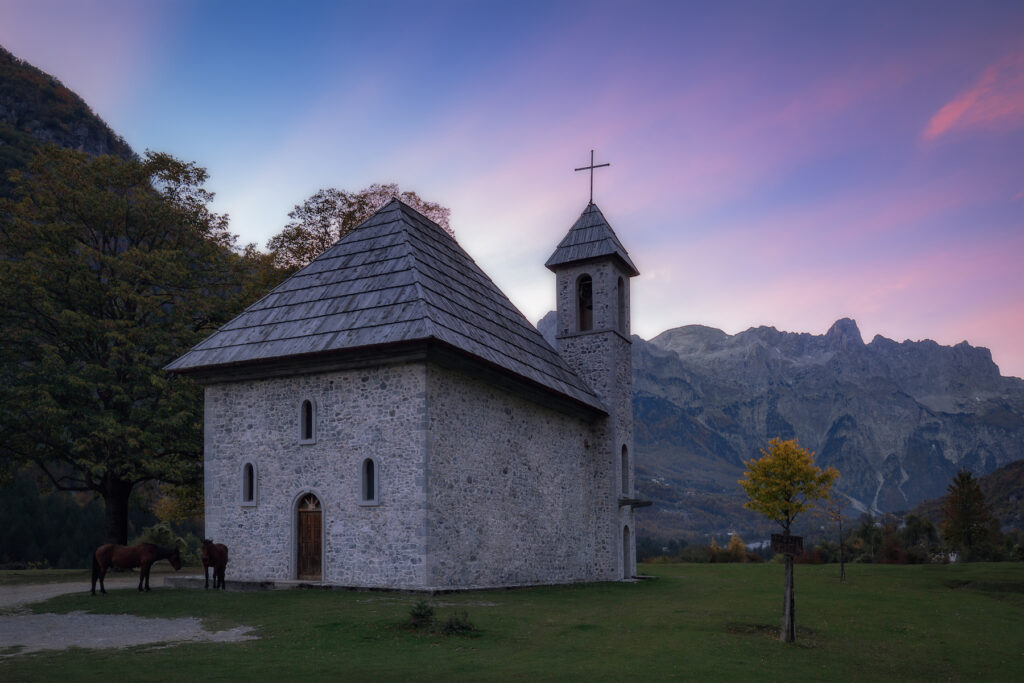 For all those photographers interested in Milky Way photography, Valbona Valley is the perfect location, especially when using the Irix 15 mm lens, which has the “Click at infinite” feature. It’s extremely useful in night photography because it allows you to focus on the stars even without looking into the lens. In addition, the Blackstone version of the lens has all the markings tinted with UV reactive paint, which is especially helpful when I want to shoot something in the foreground.

I’ve taken many photographs during the night while camping there, placing the camera on the main road, the result being me an amazing background of peaky mountains. Once in Valbona, you may also find interest in hiking for about three hours to reach the famous Rragam waterfall; this could be captured beautifully in the camera when you consider the area around consists of huge rocks which should be climbed in order to reach the waterfall. 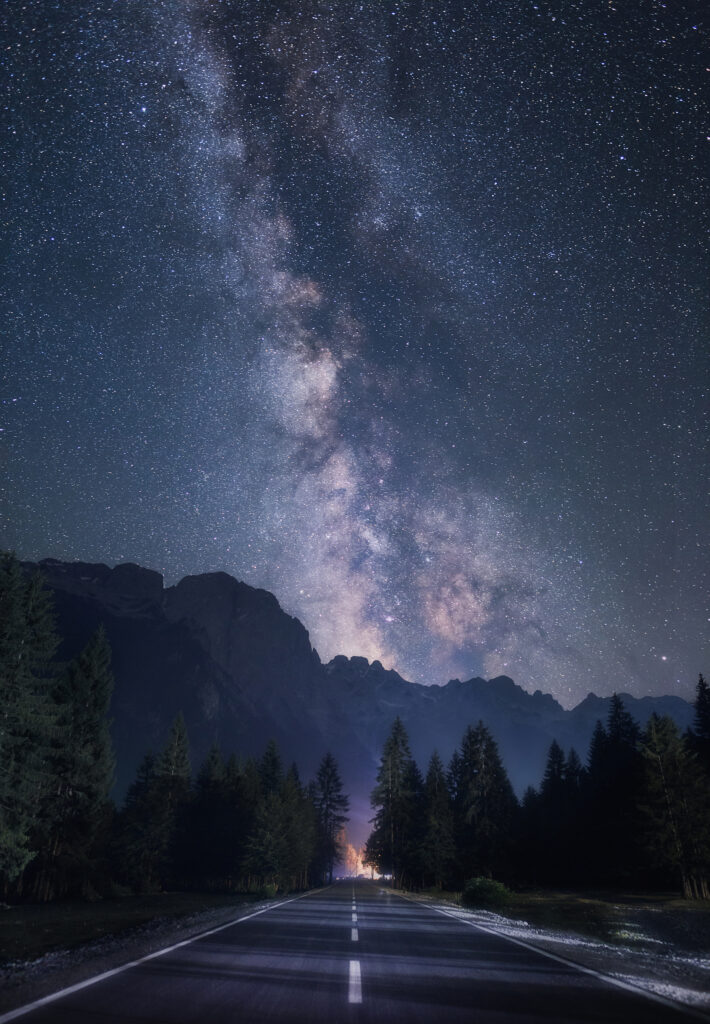 The Valbona and Theth Valleys haven’t yet been fully explored or received any famous or promising photographers from abroad. This is the reason it can be an interesting place for photographers who are willing to go beyond what’s usually seen and visited, and are ready to take on new adventures in an unexplored region.

For all those photographers who will take on the hiking trip from Valbona to Theth, there’s the amazing sight of a mountain range when reaching the top of the passage. This is where you can use the Irix wide angle lens in the best way possible. I prefer to capture this scene during the sunset, sunrise or with a starry night. When you’re in this kind of scenario, the Irix Edge filters just makes life so much easier as you  avoid reverse gradual for sunsets/sunrises, and annoying light pollution for astrophotography. 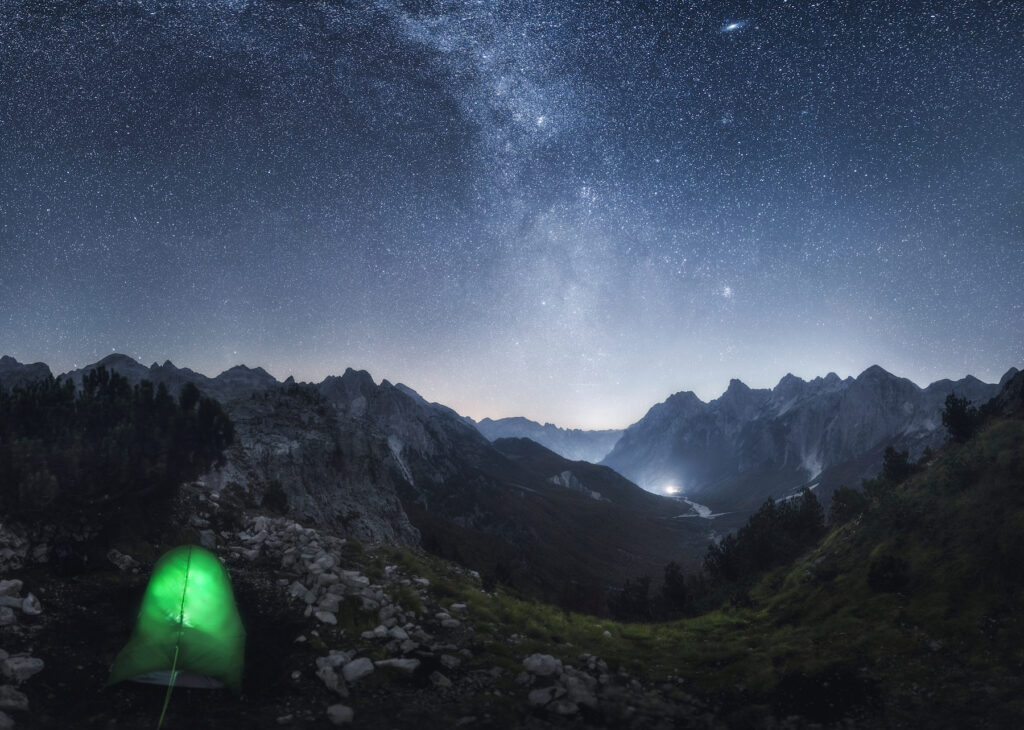 Some of the first photographs I took with the Irix lens were those in the Rugova valley in the north-west of Kosovo earlier this year. I was amazed with how the lens worked and the clarity of the picture. 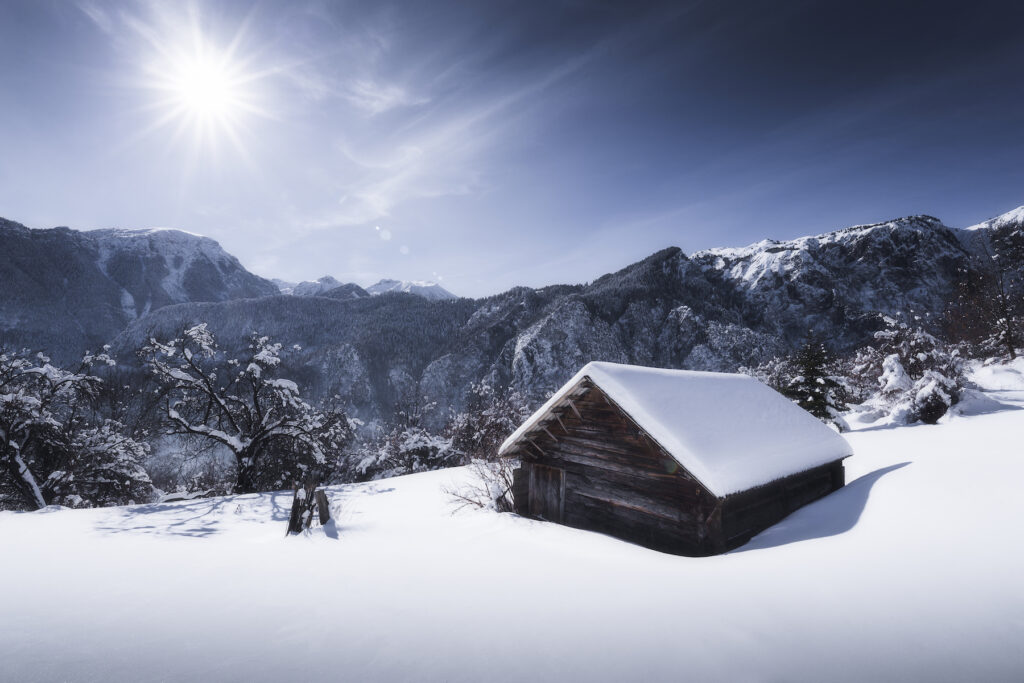 Little Lake Lićenat – also known as Lake Drelaj – is also located in the Rugova Mountains in Kosovo, and is one of my favourite sites for visiting. I’d recommend this place to anyone for a visit. The lake can be seen after a short two-three hours of hiking, with Kuqishtë village as a starting point. 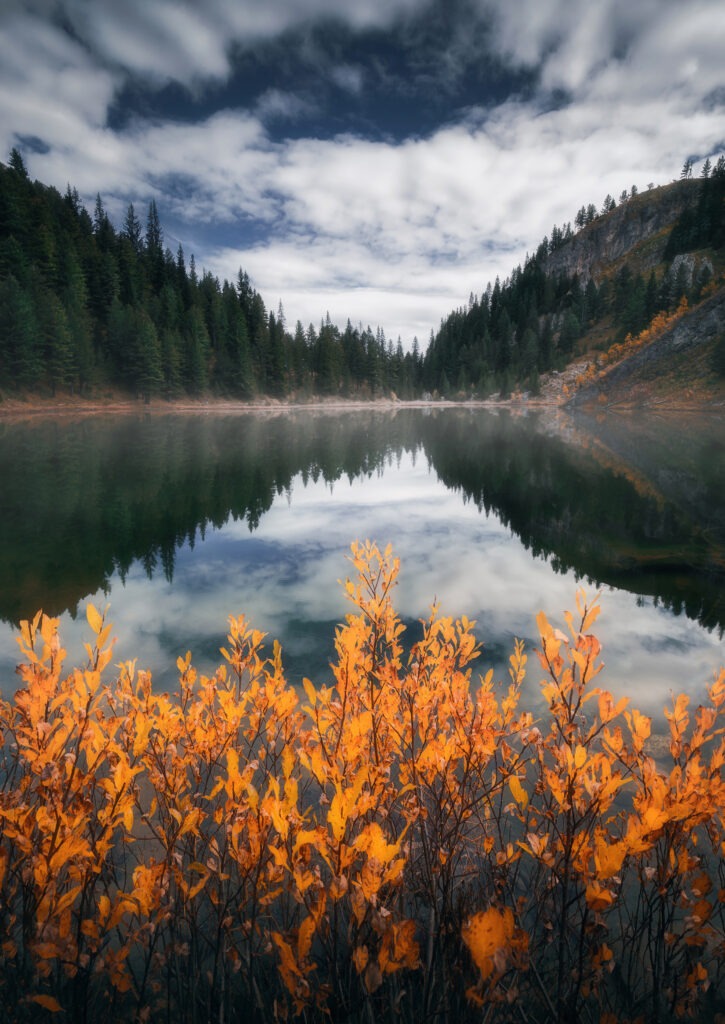 As I’ve mentioned earlier, there’s something in Kosovo for every type of photographer. If someone is interested in capturing cityscapes, and wants to know how to best use the Irix, they might check out my photographs of Prishtina, Kosovo’s capital city. One of the featured photos below was taken from the top of the main cathedral in Prishtina, capturing the dynamic of urban life. The other was captured in the street to show the clarity and the power of the wide angle Irix lens. The technical info for realizing the second photograph with the Irix 15 mm f2.4 lens was a 30 second shutter speed, iso 100, and f/16 – even when closed down, the sharpness of the image remains excellent.

The lens gives you so many opportunities, and one of the features I admire the most is not only the quality of the optics, but also the smooth focus it has and the opportunities it gives you. 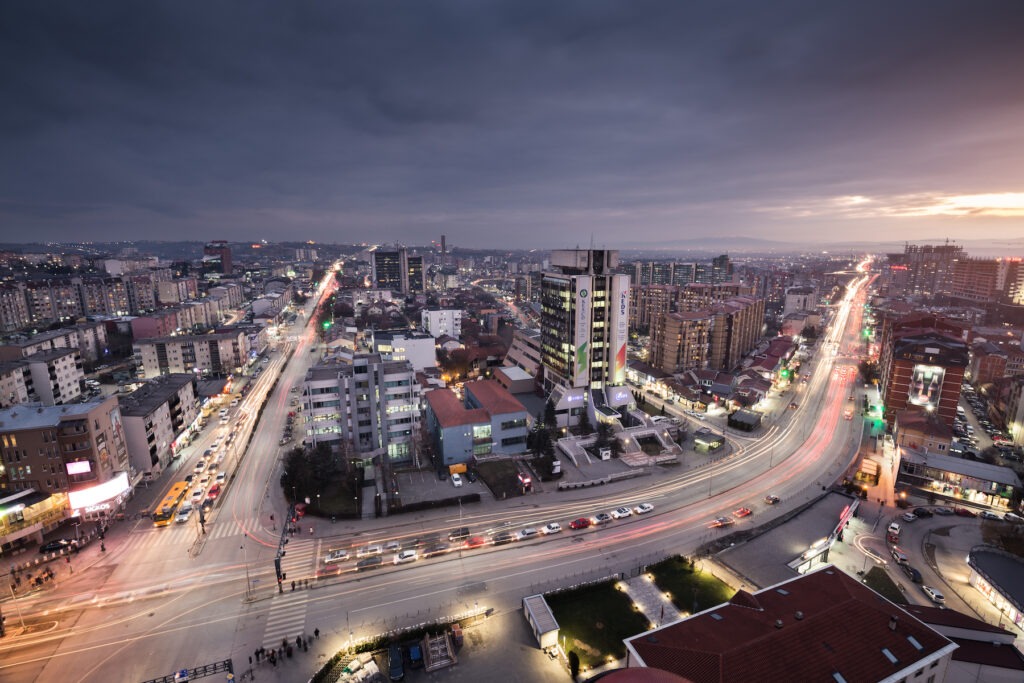 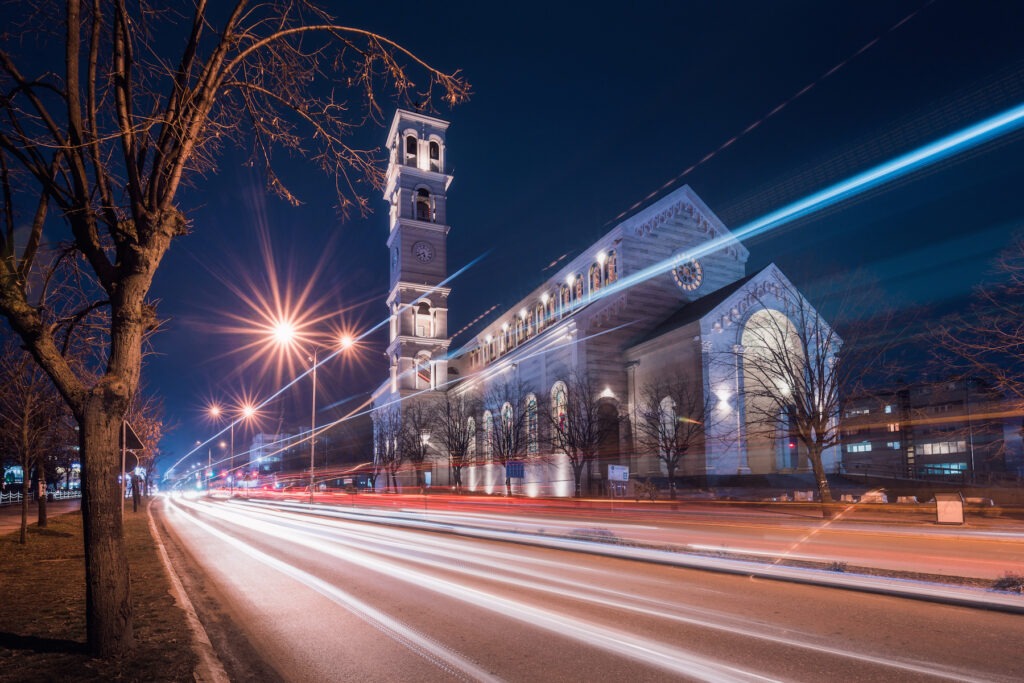 Prishtina from the Cathedral and from the streets

Last week I also had the opportunity to visit North Macedonia, which borders Kosovo in the south-east. I visited the city of Ohrid, well known for its beautiful lake and old historic buildings that are UNESCO-protected. In the photograph below you can see the Church of St. John at Kaneo, in Ohrid, taken during the blue hour. The sky was cloudy, but it gave just the dramatic effect I expected. With the Irix, I took five photographs with different exposures, and which were later merged to create the final version. 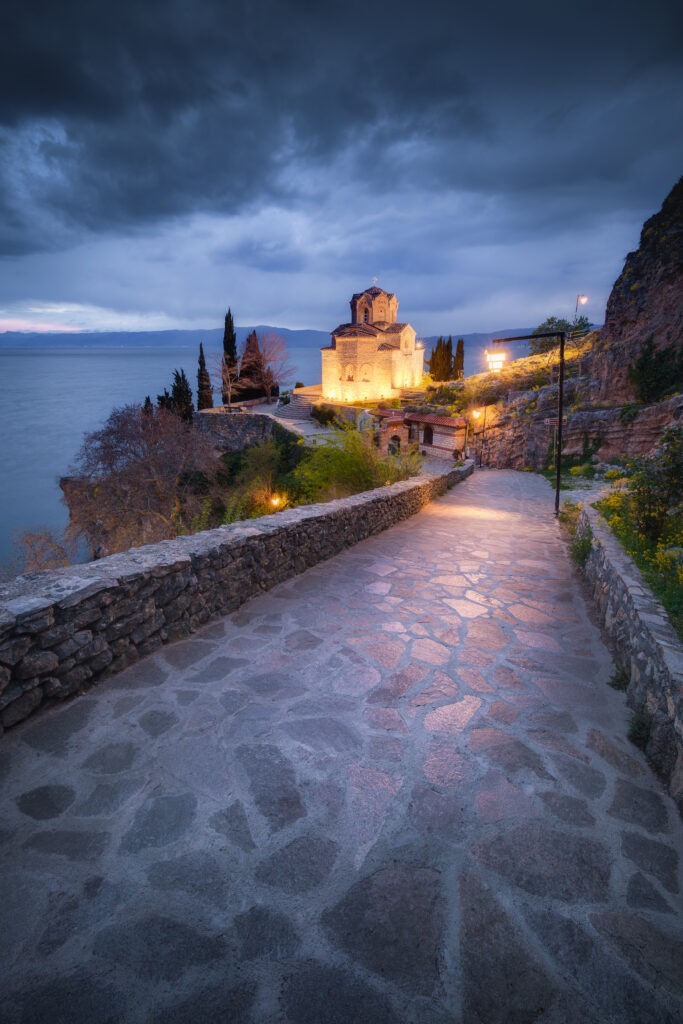 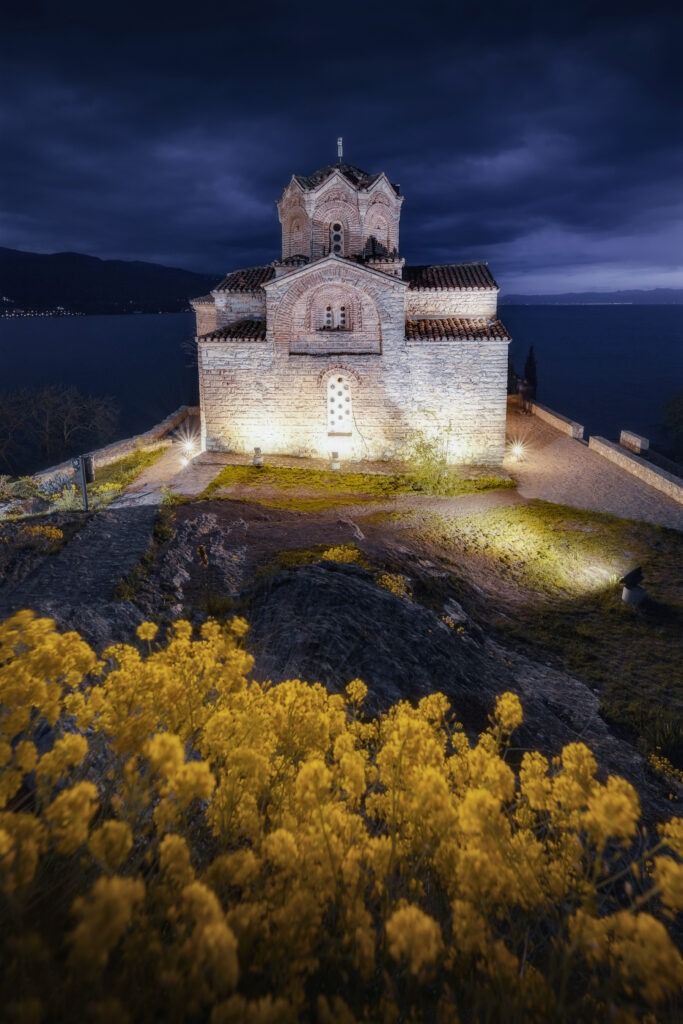 Another view of St. John’s Church in Ohrid

One of the most visited sites in Ohrid is an archeological complex of a pre-historic settlement, and is also referred to as the Bay of Bones. It is also called the museum on water. It was a great place for me to use the Irix lens – it allowed me to capture not only the museum but also the lake. So I climbed onto the harbour jetty, and took the photograph in a single frame. 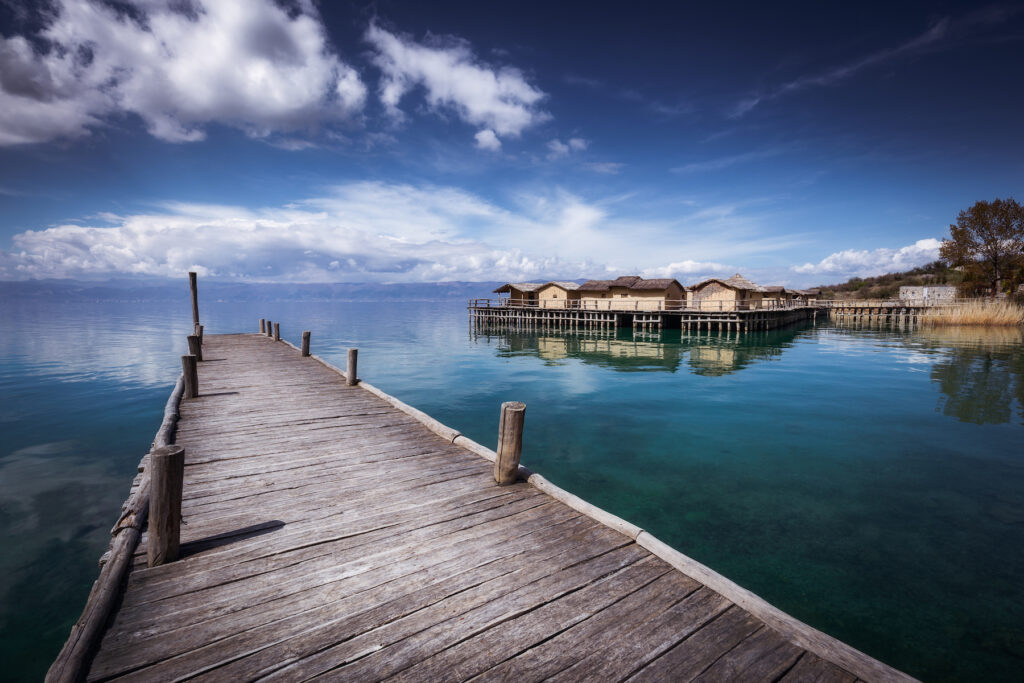 The Bay of Bones in Ohrid

For all of you looking for a lens which you can use in direct sunlight, I highly recommend the Irix 15mm lens because of its flare resistance and good contrast in these kinds of shots. I saw the perfect opportunity to use the Irix not only to create the perfect sun-stars through these trees by the Ohrid Lake, but to also show the quality of the lens when the photo is taken in direct sunlight. 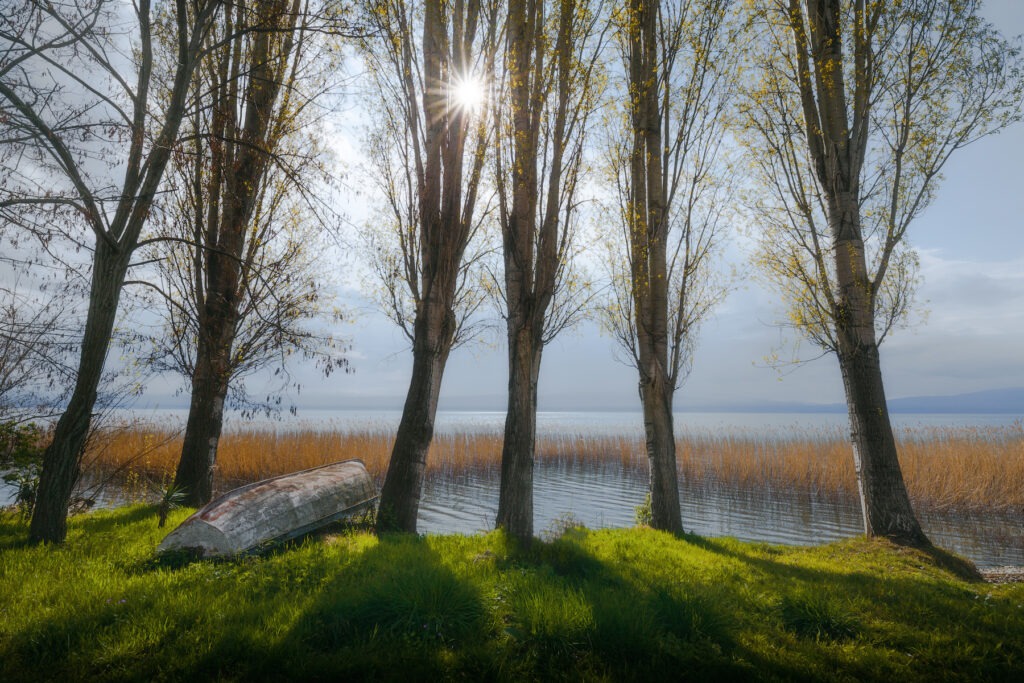 My favourite photograph taken so far with Irix is the museum on water in Ohrid. I like this the most because Irix made it possible for me to capture the view with a very wide angle, which would be impossible using other lenses. I captured it a with shutter speed of 1/250, f16 and iso 200.

I’m really pleased and honoured to represent Irix! I’m amazed by the results of using the Irix 15mm lens so far, and I’d highly recommend it to every one of you who is passionate about photography and would appreciate the highest quality of picture.

I’m looking forward to my next adventures with Irix!